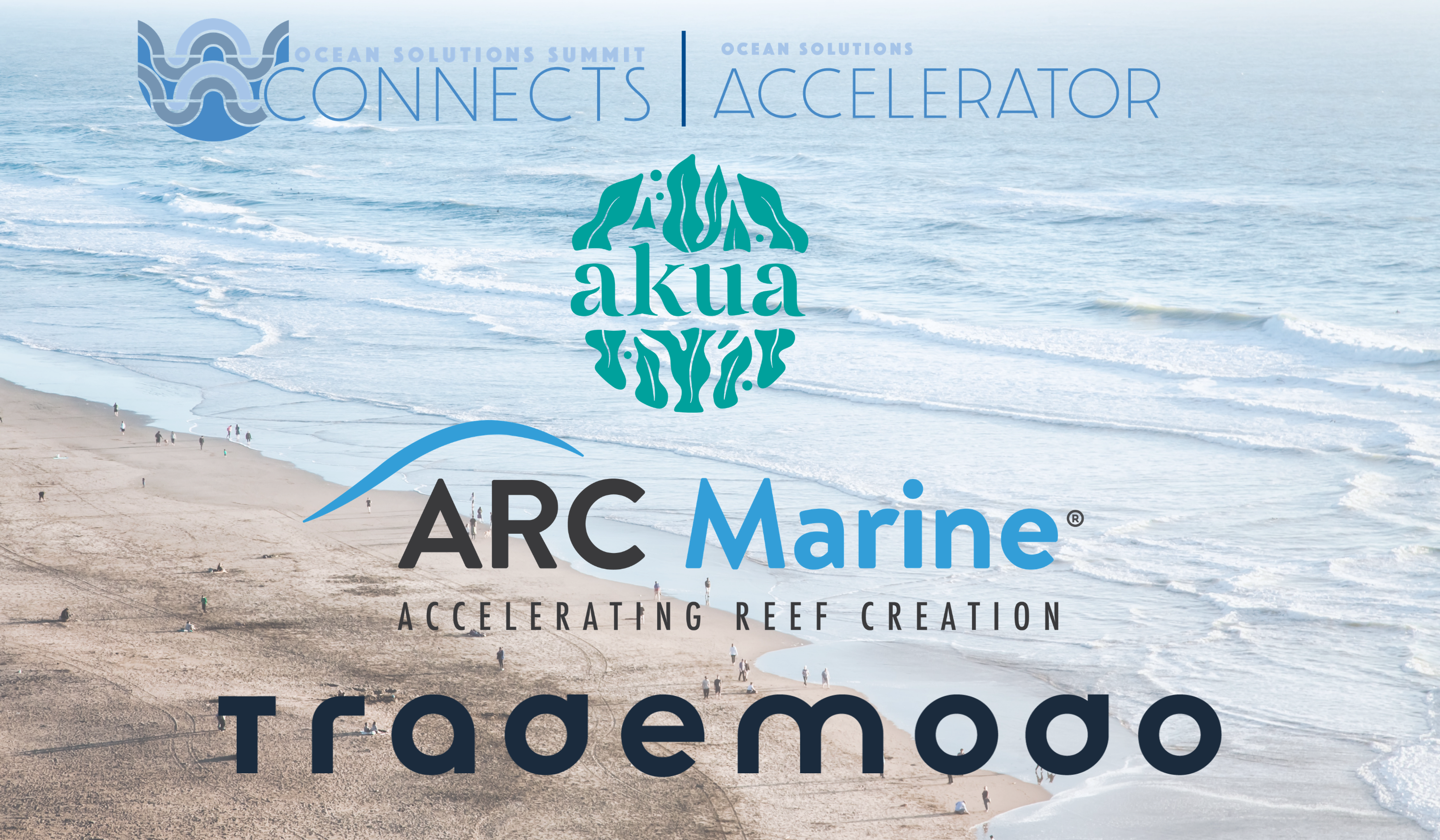 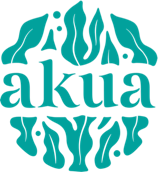 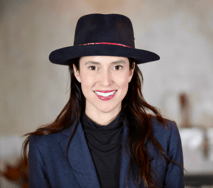 Courtney Boyd Myers, co-founder and CEO, is delivering a sustainable product that is “nutritionally superior” to anything in the competition. Her seagreens are packed with nutrients and offer an alternative to traditional agriculture. 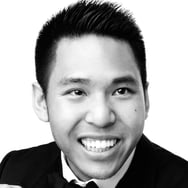 Paul Pan, CEO and founder, has created an online platform to share experiences and reviews from within the global   seafood industry. His service allows users to report shady businesses and promote sustainable companies. 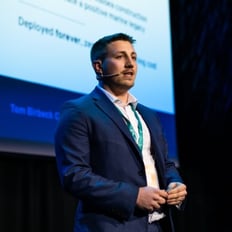 Tom Birbeck, CEO, and his team at ARC Marine have designed and deployed concrete blocks that encourage reef recovery. Their innovative and eco-friendly design make them an attractive option for     companies striving for carbon-neutrality while accelerating native reef growth. 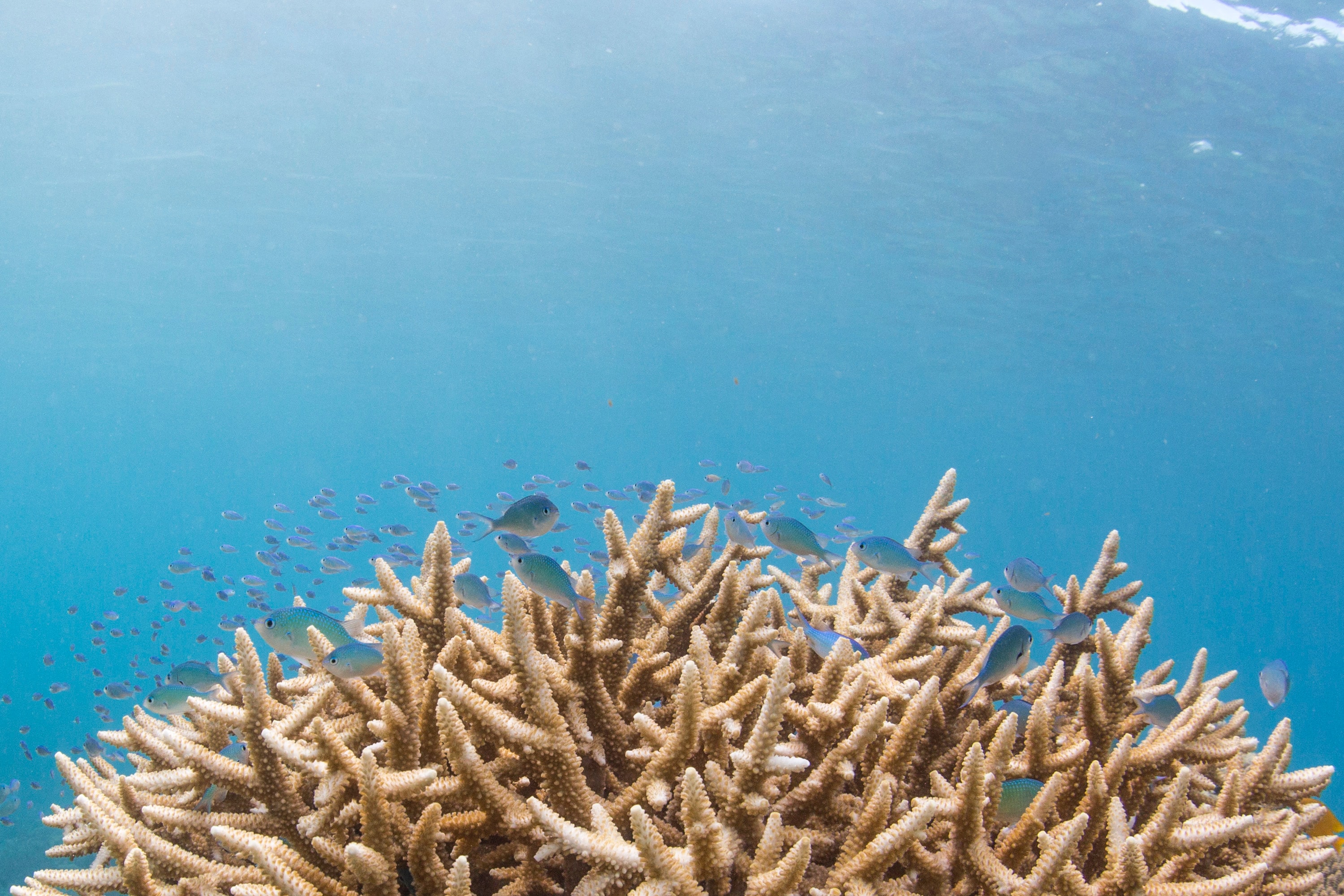 Some people promote eating bugs as the next sustainable food solution. Courtney Boyd Myers decided to opt for something a little less creepy-crawly: kelp.

Mixing seagreens and fungi, Akua has rolled out a line of nutrient-packed, ocean-conscious foods. Their kelp burgers and kelp jerky offer an eco-friendly option with significantly fewer legs than you’d get by tucking into a grasshopper burrito. “But I really feel for my insect entrepreneurs”, said Courtney, “because they can’t get vegan support and they’re missing the meat-eater support as well.”

Akua’s meals can be enjoyed by both sides, while remaining good for the planet. The kelp-based products were designed to offer a “wholesome, hearty” meal that still “feels a little naughty” - almost like it shouldn’t be so good for you. Seagreen-based foods aren’t pretending to be meat, and are completely vegan. They come in a range of flavors aimed at a western market, and boast a carbon-negative footprint. 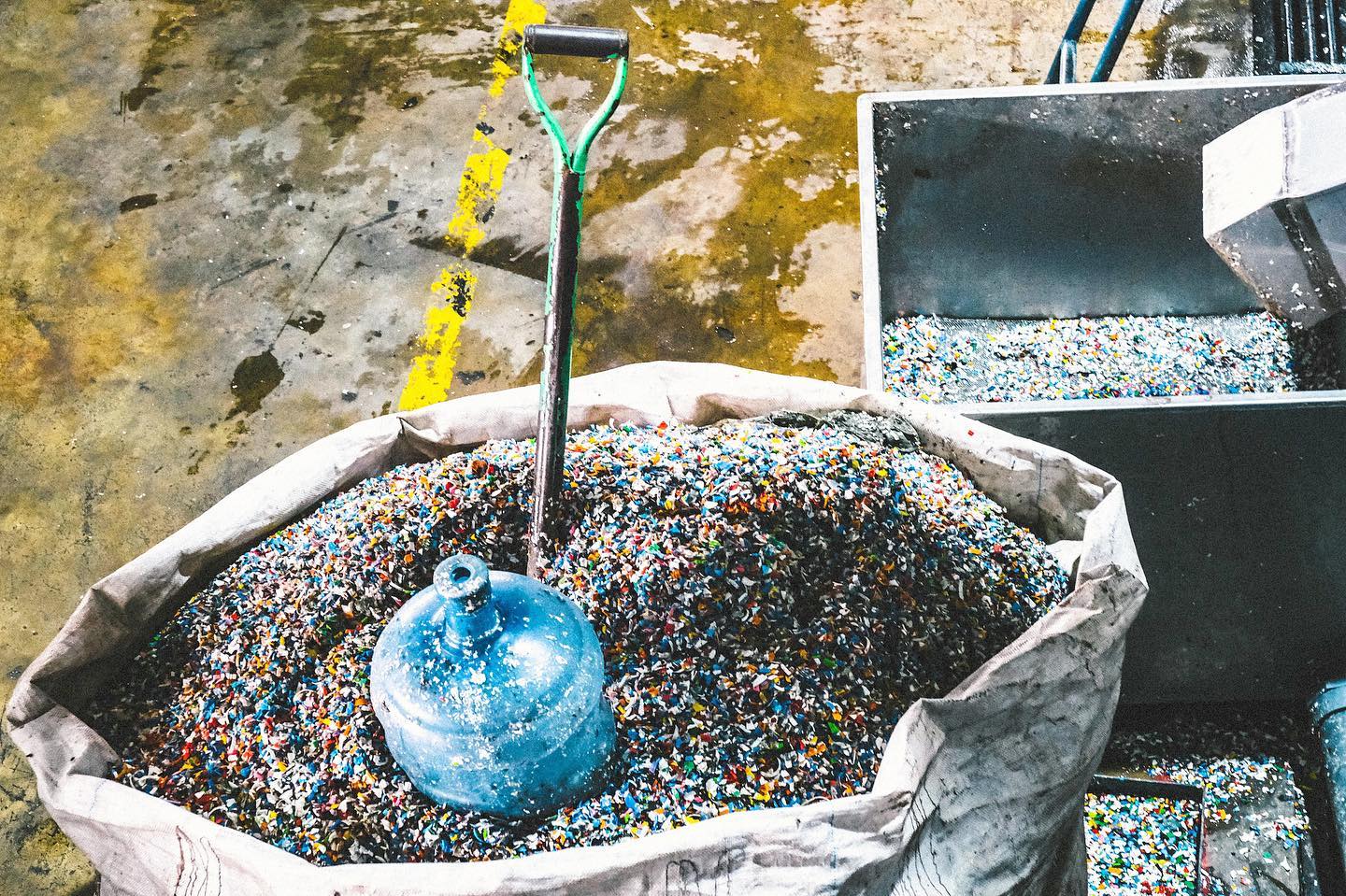 To enjoy these benefits, consumers have to get over the conceptual hump of eating kelp. While this might be difficult to overcome for some people, Courtney still expects it to be more surmountable than the bias against eating insects. At the end of the day, she says, kelp is “literally just a vegetable from the ocean.”

Seagreens like kelp are packed with nutrients, and that has been the big selling point for Akua. In a corporate world, sustainability alone doesn’t always sell a product, so Courtney has emphasized the health-conscious angle that “everyone is increasingly aware of.” Noting that modern, unsustainable agriculture has turned our soils “into dirt”, Courtney looks to the oceans as a relatively untapped well of vitamins and minerals to supplement our diet while taking care of our planet.

But if society embraces kelpriculture (which is a word I’ve just made up), there would still be problems to address. Plastic packaging is “the trickiest thing about running a sustainable food business”, according to Courtney. Consumers and producers both need to “keep pushing for [things like] compostable packaging”, she said, “but it’s going to be a long time before we take our hands off the wheel of the plastic industry.”

Maybe we’ll know we’ve made it when we’re receiving shipments of kelp-based foods, wrapped in 100% biodegradable kelp-based plastics. Do we have enough time to wait that long? “ I don’t know, truthfully,” answered Courtney, “but I have to think so.”

Paul got started in the aquaculture industry because he thought it could be a solution to overfishing. He set out with the “best of intentions”, buying only from sustainable sources and working hard to keep up with less-ethical competitors who were able to undercut his prices.

Dismayed with the current state of the seafood industry and alarmed at the practices he was seeing, things came to a head when a bigger corporation cheated him out of 1,000 pounds of seafood. Paul decided to take a stand.

But when he received his settlement, Paul said he’ll “never forget what the judge told me.” He was told that “as a young entrepreneur, it did absolutely no good to make an enemy out of such a big company,” and that he “had a lot to learn from an establishment like the defendant.”

“And I realized”, said Paul, “that this wasn’t the type of industry I wanted to be in.” 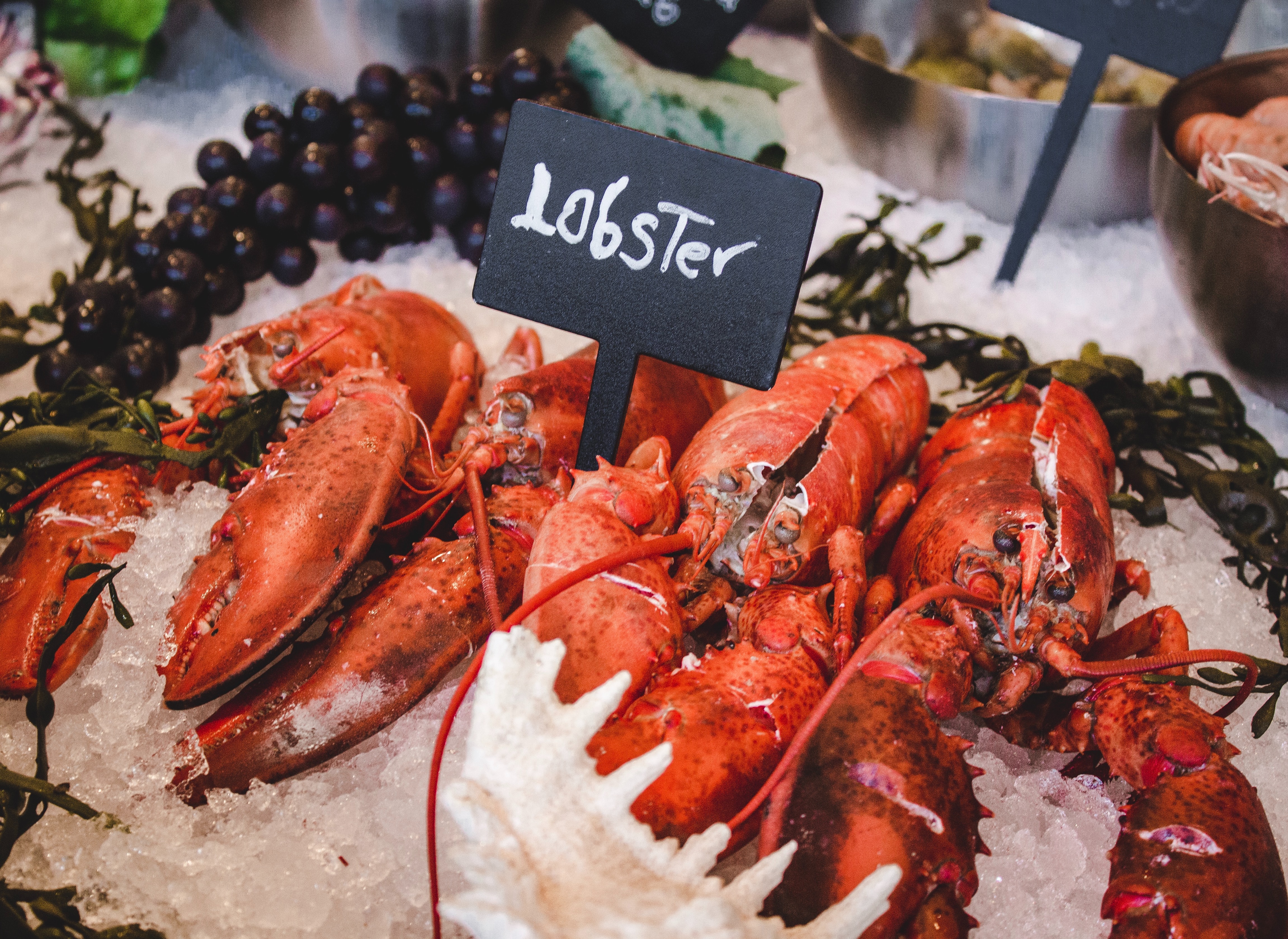 Paul founded Trademodo as a result, which is designed to do two things. Primarily, it’s a way for individuals to hold other corporations accountable. “Every time a company turns a blind eye to questionable behavior, they’re enabling the very practices that are causing our fisheries to collapse,” said Paul, and sometimes that questionable behavior can be tricky to make public.

There’s no Angie’s List for the seafood industry. And without such a centralized hub, it can be nearly impossible to figure out what a potential supplier’s practices look like. “And even if you do find out that they’re not sustainable, well, how does someone else find out?” asks Paul. Trademodo’s first goal is to enable people to share those discoveries.

But it’s not all doom and gloom. In the midst of all of the “really bad stuff” going on in the fishing industry, Paul recalls lifelong fishermen and small businesses “that actually care about what they do, and take a lot of pride in their work.” As a result, Paul says, “they always operate sustainably.”

Right now, it’s difficult to find these people unless you know where to look. “If you wanted to find a company, it would be like asking for a restaurant and me handing you a phone book”, said Paul. Trademodo’s second goal is to promote these more discrete sources. 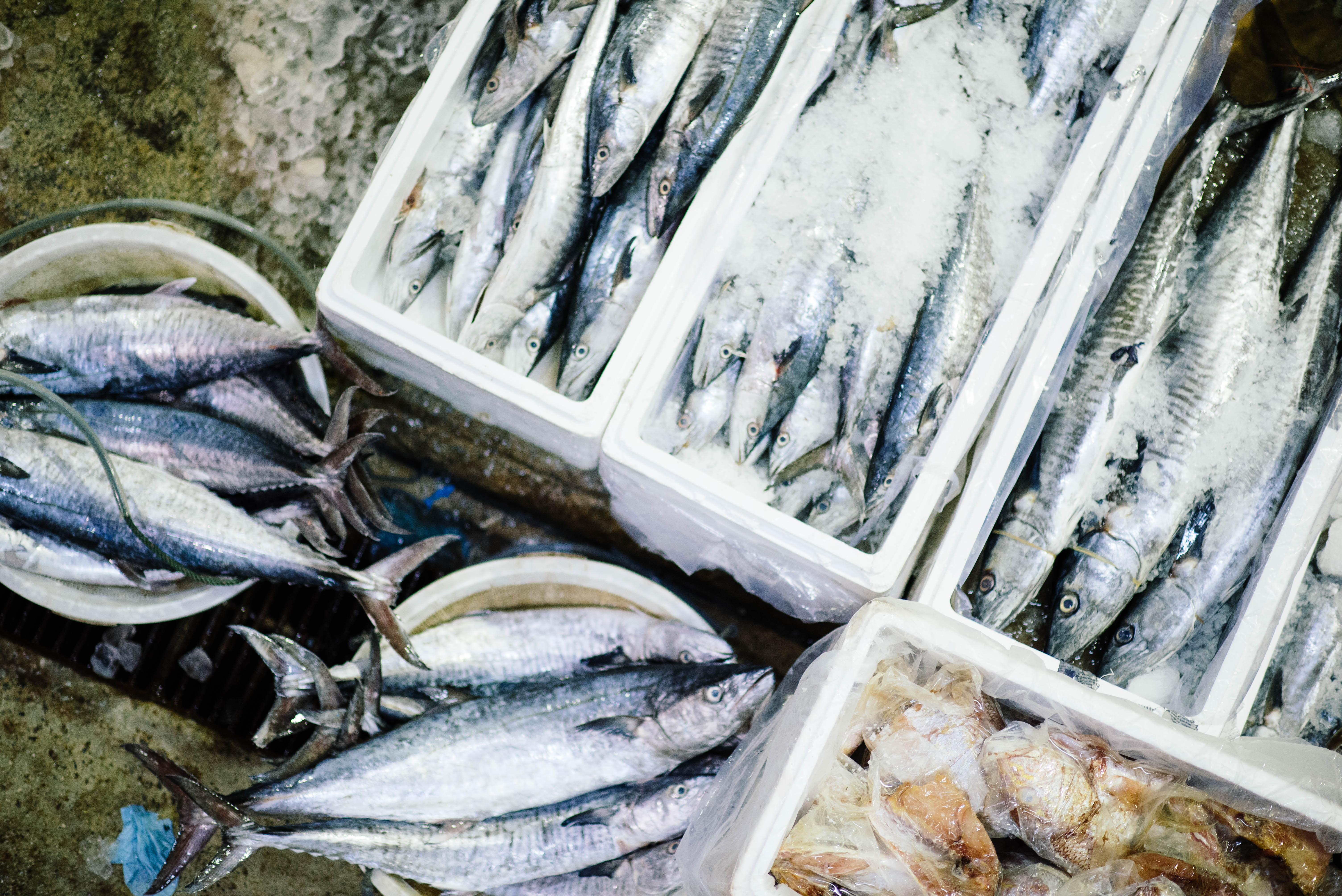 Since mom and pop shops can’t afford to fly halfway around the world and complete handshake deals, it can be difficult for them to make the connections that keep their businesses afloat. With Trademodo, their profiles can be viewed from anyone around the world, at the same level as major industry players. And their sustainable habits and records would be recorded.

“Sustainability is in the very foundation of the seafood industry,” said Paul, and he believes that by holding every link of the seafood supply chain publicly accountable, Trademodo could force them to “think very differently about how they operate.” In such a complicated and interconnected network, shedding light on shady practices enables the individual to spend ethically.

From the ages of 13 to 25, Tom watched his local fish stocks plummet. As an avid spear fisherman and diver, he saw trawl marks dessicate the hard surfaces of once plentiful reefs. Tom and his ARC Marine team decided: “we need to put something in the water that will replace that hard substrate and prevent future trawling.” Put simply, “we wanted to build reefs.”

Working payless for two years, the first three members of ARCMarine developed what is now known as their “Reef Cubes.” These uniform, interlocking concrete blocks can be sunk to the subsurface and encourage reef rejuvenation.

The blocks are carbon neutral to the point of manufacturing, and their mixture includes oyster shell, scallop shell, limestone, and carbon-capture material. Their dovetailed design allows them to interlock into massive structures, a bit like giant, concrete LEGOs - but there aren’t instructions for building castles out of them just yet. When asked about a manual for building an undersea Reef Cube empire, Tom joked: “we don’t have that yet, but it’s on its way.” 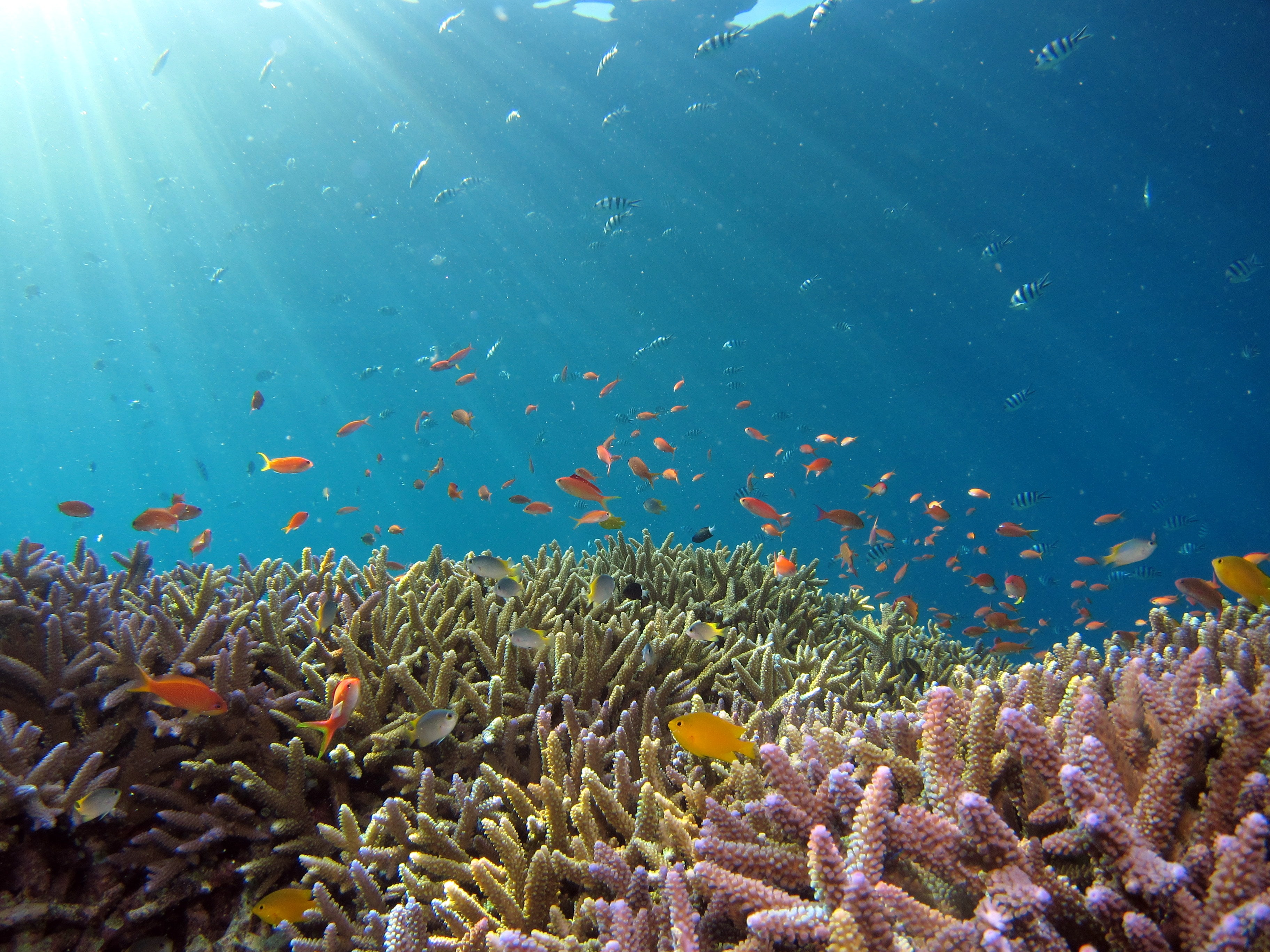 The manuals that actually are underway will allow rural fishermen to assemble their blocks into designs that fit their individual needs and are mindful of local flora and fauna. In colder waters like those around the UK, Reef Cubes tend to attract oysters and cold water corals. The UK has seen a 95% reduction in native oyster populations, which are a “key reef-building species” according to Tom. Their ability to filter the water column and provide a resilient substrate makes them an umbrella species for many other animals like cod and lobster.

“The dream for me and most of the company is to create the largest accelerated reef network in the world”, said Tom. In their quest to do this, ARC Marine has sought help from charities and NGOs, but has wanted the more robust financial backing of a large corporate interest. Finding a large corporation whose ethics and goals align with ARC Marine’s has not been easy, but a promising candidate has been identified in the offshore energy sector.

“If the UK is going to be the world leader in offshore wind like it’s been claimed,” explained Tom, “then we have an unprecedented opportunity to accelerate reef creation around the world.” With their billion-dollar budgets, wind farm developments can afford to invest in sinking ReefCubes as a part of the installation process. Wind farm developers are encouraged to invest in reef building as a way to offset their carbon footprint, and Tom sees this as a “coordinated approach to be able to rebuild habitat around the world.”

After literally starting in a garage, “it’s taken 5 years for us to stay true to what we believe in,” said Tom. As ARC Marine expands, Tom and his team keep a stern focus on upholding their beliefs, namely the belief of considering “nature first, and mankind second.”