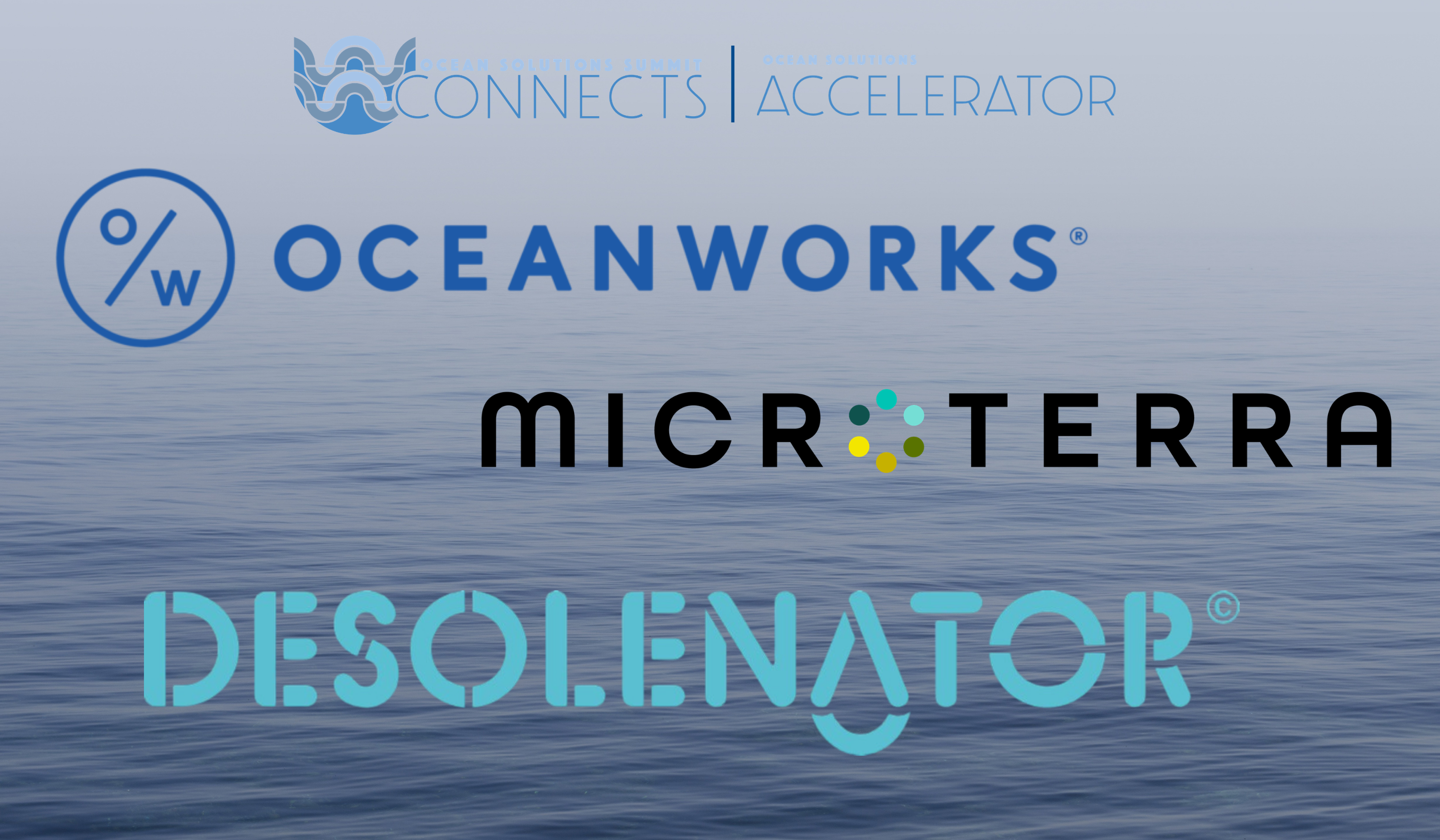 Oceanworks keeps plastic out of the ocean; microTERRA makes use of aquacultural wastewater; Desolenator re-imagines how we source clean water. Meet them at the 2020 Demo Day on November 5.

Oceanworks keeps plastic out of the ocean. 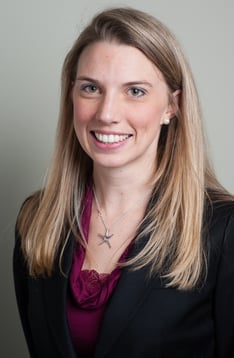 Vanessa Coleman, CEO and co-founder, collects mismanaged plastic waste from coastal areas before it ends up in the ocean. Her network of collectors and recyclers is constantly looking for new ways to reuse and reduce plastic waste.

microTERRA makes use of aquacultural wastewater. 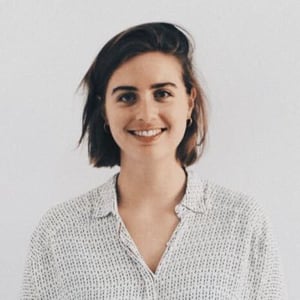 Fanny Viellers, COO and co-founder, provides a system that uses nitrogen-rich runoff to grow water lentils (lemna). Individual farmers are paid to use the system, and the highly nutrient-dense plant products are then processed by microTERRA and sold to food companies.

Desolenator is re-imagining how we source clean water.

“Ocean plastic” is any bit of mismanaged plastic waste within 50 kilometers of the ocean. Within this range, it’s highly likely that the litter will end up swept to sea. Oceanworks collects these pieces of plastic and returns them to the supply chain as recycled materials, before they’re washed out of reach.

Our modern relationship with plastic waste works in a similar way. Plastics can be collected from the ocean, “and other businesses have really doubled down on that”, Vanessa reminded me, but there exists an opportunity to catch those plastics before they reach the water. By collecting from within the 50 kilometer zone, Oceanworks is able to source a wide range of plastic material and network with global recyclers trying to do the same thing.

“There are already a lot of processors out there that already have the infrastructure in place to take back this material but aren’t connected to global networks”, said Vanessa. Her company took a marketplace approach to this problem because it would “help the existing system scale”, rather than trying to independently source plastic from one or two locations. The global approach has put Oceanworks in contact with recyclers in Kenya and Central Mexico, and they have their eyes set on new developments. 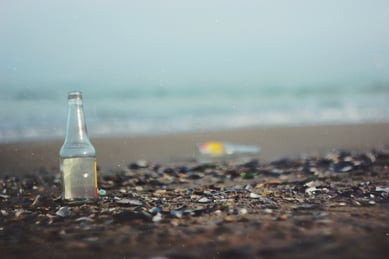 “[Rob and I] spend a lot of time listening”, Vanessa said of her co-founder, “I think what it comes down to is listening well and testing things.” Their latest test is a line of plastic product called “averted plastic”: material outside of the 50 kilometer zone, but sourced nearby to extant recycling infrastructure. Vanessa said that customers had indicated that this plastic source might be attractive, so Oceanworks listened and has begun testing the waters.

Vanessa told me that “what Oceanworks is really focussed on is post-consumer mismanaged waste”, but there are more types of plastic waste than the bags and bottles that come to mind. Oceanworks was able to fill another market gap when they teamed with companies that allowed for “engineering-type” plastic to be sourced. “People hadn’t been thinking about recycled options for a lot of those products”, Vanessa explained, “so I think we opened up a lot of those conversations.”

Oceanworks finds itself in a space where there’s already “a significant commercial tailwind.” Encouragement from consumers and demand from manufacturers seems to offer ample opportunity to a company that has already proved itself adept at filling gaps in the market and keeping a keen ear out for new ideas.

Nitrogen is one of the key ingredients for life. When farmers dump nitrogen-rich material on their crops or in their aquaculture tanks, their yields increase - but the waste from that production enters nearby rivers, and eventually, the sea. This nitrogen-rich runoff often contributes to destructive algal blooms, which threaten marine life in coastal communities.

Preventing these blooms is at the core of microTERRA philosophy, according to Fanny, co-founder and COO. Her company strives to marry business needs with sustainable solutions by upcycling aquaculture wastewater into its component parts: water, and nutrients. The nutrients in wastewater - essentially fish manure - can be lethal to fish populations. However, once extracted, they can serve as a feed source for a host of aquatic plants. 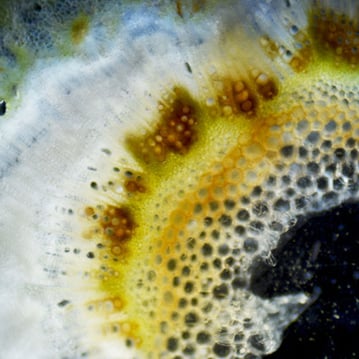 Currently, Mexico-based microTERRA is looking at how to use this wastewater to feed populations of Lemna (also known as water lentil), but getting to where they are now was no straightforward process. Earlier this year, Fanny and her team made a major pivot away from growing microalgae, as was their original business model. The transition was “psychologically very tough” for the team, but after contacting 120 experts, brainstorming crazy solutions, and testing hypotheses, the microTERRA team has arrived at what seems to be a promising product.

“There’s a lot of interest”, said Fanny, “[high level execs] want to know about the innovation, they want to be part of it.” These executives, and the massive agricultural companies they represent, are attracted to sustainable solutions like microTERRA’s. Because it can be costly and bureaucratic for these big companies to trial novel solutions themselves, Fanny says that “in a way, it's cheaper for them to see how small businesses [do it].” When a new solution can prove ground, the bigger corporations can look at incorporating them.

To get to their current Lemna-based model, microTERRA also had to negotiate with small-time farmers and fishery owners. Their original product was marketed at individual farms, with the idea that farmers would purchase a unit from microTERRA and operate it themselves, producing microalgae and clean water from wastewater. But Fanny’s team ran into trouble with this approach: most fish farmers in countries with a new and rapidly growing aquaculture market didn't have financial margins wide enough to afford the project without any extra incentive.

“Trying to sell them an innovative solution that works with microbiology was not a good idea”, said Fanny, so they adapted the plan: microTERRA’s new system is not meant to be sold to the farmers, instead, “what we want to do is pay the farmers to use it, to grow the Lemna in the unused space of their farms.” The new solution hinges on the fact that clean water is expensive on these farms. “We realized when we talked to these farmers that they’re interested [in this product] not mainly because of the impact, but because of the cost that it [offsets]”, Fanny explained.

By producing clean water for themselves and Lemna to be bought by microTERRA, farmers are incentivized to take on this sustainable technology. microTERRA then takes the protein-rich plant material and markets it towards the feed industry. “Right now we’re still analyzing, but the idea is to target the pet food market”, said Fanny. Boasting up to 45% protein and doubling in population every 36 hours, Lemna is poised to be a significant plant-based food source.

As has been a theme with many of this year’s accelerator companies, sustainable practices have come as a byproduct of economic solutions. “I think in many cases, if you have a sustainability concern, you can link it to an economical concern”, said Fanny, “and it’s very interesting to see how sustainability is already a trend in the food and feed industry. It's almost a must… you have to offer both sustainability and business.”

Today, many of us source our drinking water by using supply chains that Desolanator’s co-founder Alexei described as “unsustainable.” If an untainted river is not at our doorstep, we often have to rely on one of two options: having water driven to us individually (and burning fossil fuels in the process) or relying on a plastic-based supply chain, which pollutes heavily and burns its fair share of fossil fuels as well.

Rather than focus on any one challenge along the drinking water supply chain, Desolanator’s “leapfrog approach” targets the entire idea of how we source our drinking water. Their patented solar powered technology is able to turn seawater into drinking water. They are able to do this while shrewdly avoiding the major consequences of modern desalination operations as well as the current water supply chain. By implementing their more holistic approach, Alexei says: “we disrupt all of those elements.”

Modern, massive desalination plants “have a bad rep”, according to the Desolanator team, and deservedly so. “It’s very energy intensive”, explained Desolanator’s Madeliene Bell, “and it uses a lot of toxic chemicals.” These modern plants flush wastewater into the sea, in areas that tend to become dead zones due to pollution. Madeleine also pointed out that these plants are very vulnerable to events like power outages and hurricanes, which her team's innovation avoids. 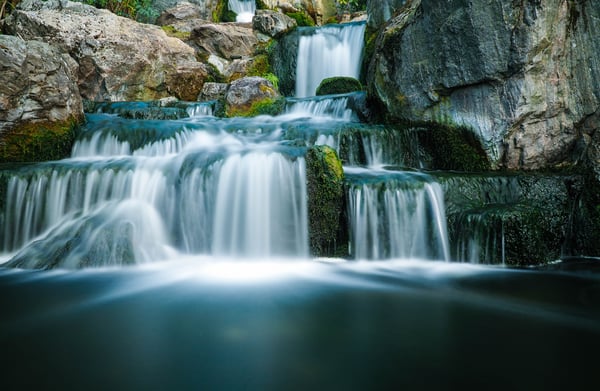 Alexei does not believe that these environmental costs are necessary to perform desalination, instead suggesting that we “fundamentally rethink” how to use the sun to pull drinking water from the oceans. This earnest struggle for a fully circular, sustainable system is the basis of Desolanator’s ethos, as Alexei asks: “why not? Why shouldn’t we do it that way?”

Ever set on challenging the status quo, Desolanator wants to take their already clean solution a step further. Alexei described the goal of “zero liquid discharge”: a system in which no liquid waste remains to be flushed to sea. “Imagine that we were taking in seawater”, he said, “creating high quality drinking water from solar energy, and then evaporating the waste brine.”

By producing evaporate minerals like salt and gypsum, this method would produce a marketable product out of Desolanator’s sole waste product. “That’s a fully circular supply chain”, said Alexei, “and we’re extremely well suited for it.” Investing in these types of green technologies is a choice that our financial system will have to consider, as we approach what Alexei called a “global paradigm shift.”

Corporations and individuals find themselves at a fork in the road, where we will decide what type of future we want to invest in. But “we actually have agency in the kind of future we want to create,” said Alexei, and his company is focussed on emphasizing that sense of agency. To him, that future is driven by companies like Desolanator: companies with vibrant and compassionate corporate cultures who won’t settle for anything less than the best possible solution.