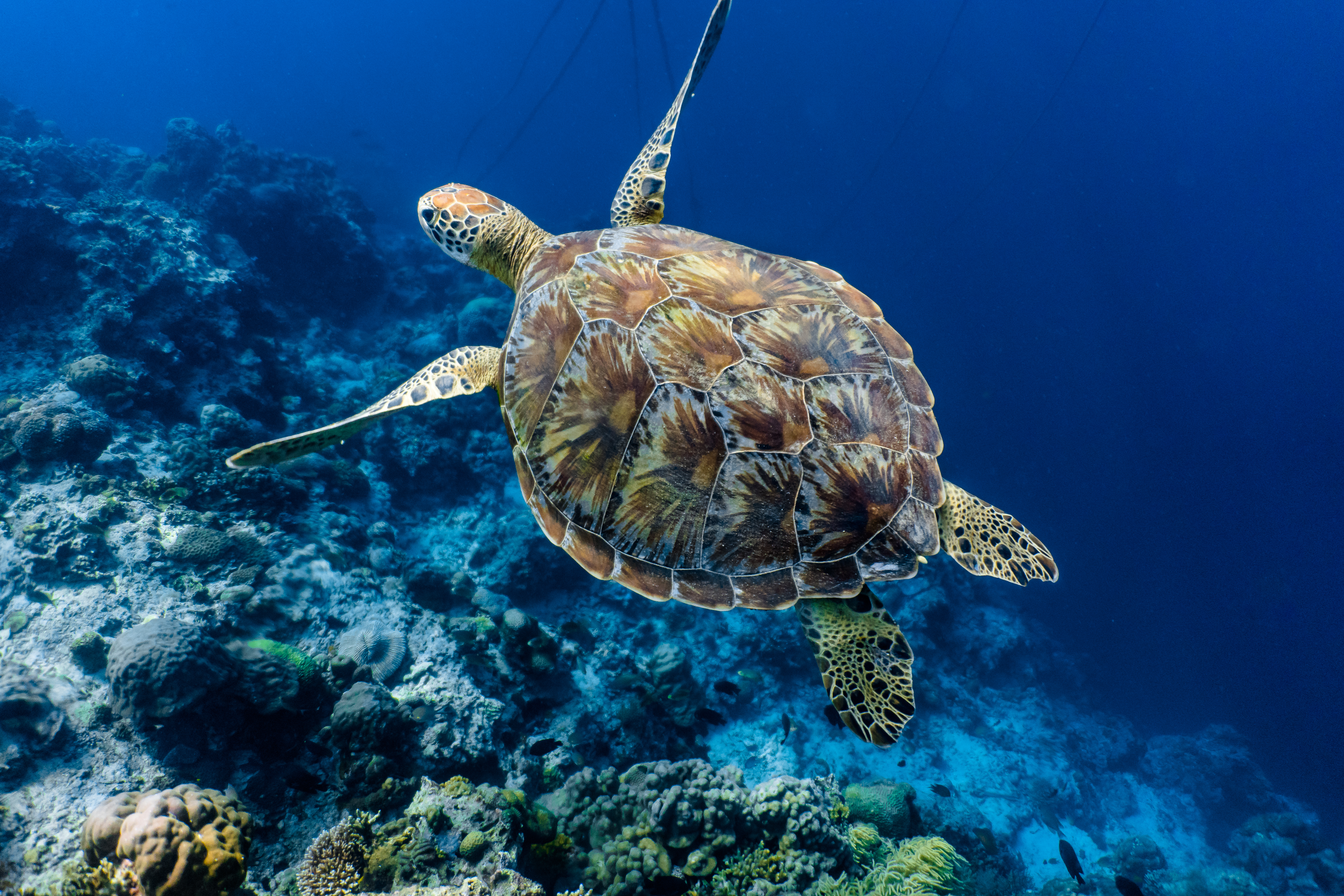 In Cameroon, sea turtles are protected by law. The country has made many conservation efforts and enacted laws intended to protect sea turtles. Unfortunately, after interviewing a number of Fishermen and community leaders, they expressed their ignorance concerning the status of sea turtles as threatened with extinction in Cameroon (They are currently listed as threatened by the IUCN Red List of Threatened Species). 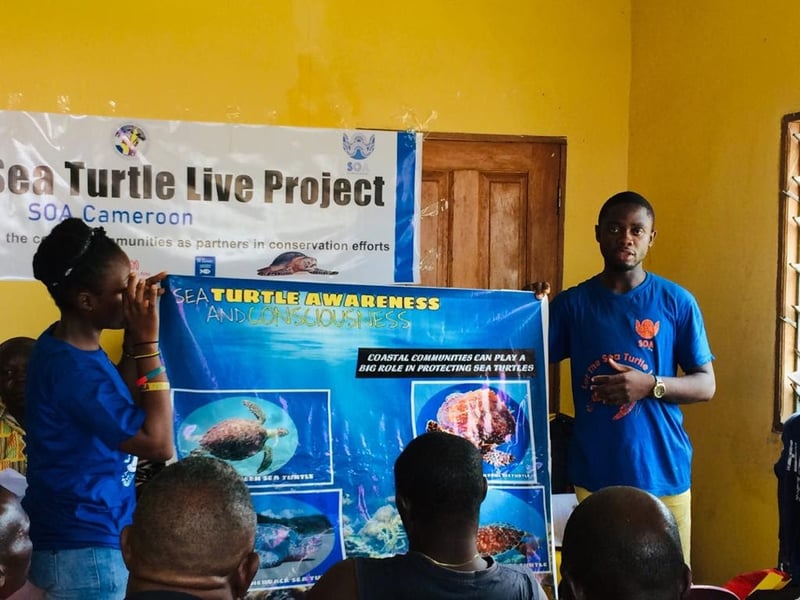 Just like many other developing countries and coastal rural communities, environmental awareness and the concepts of finite natural resources and the importance of protecting biodiversity for future generations are not widespread. The majority of people living in the coastal communities of Cameroon hunt and consume sea turtles . The belief that God created these animals as food for humans is deeply rooted in the public consciousness. Turtles are killed for meat, their nests are destroyed, and their eggs are collected and later sold at the local market. Despite existing laws and regulations to protect threatened sea turtles, law enforcement is very weak or even non-existent.

This is the major motivation behind Forbi Perise's ( SOA Cameroon Hub Leader) “Let the Sea Turtle Live” project. For over a year, the project has focused on awareness-raising through community outreach and conservation education as an effective strategy to get community members engaged and raise their consciousness about the ecological importance that marine turtles play in the ocean ecosystem and the urgency to safeguard their habitats while reducing other existing threats. Through community engagement, the local inhabitants are learning to sustainably manage and conserve sea turtle populations. 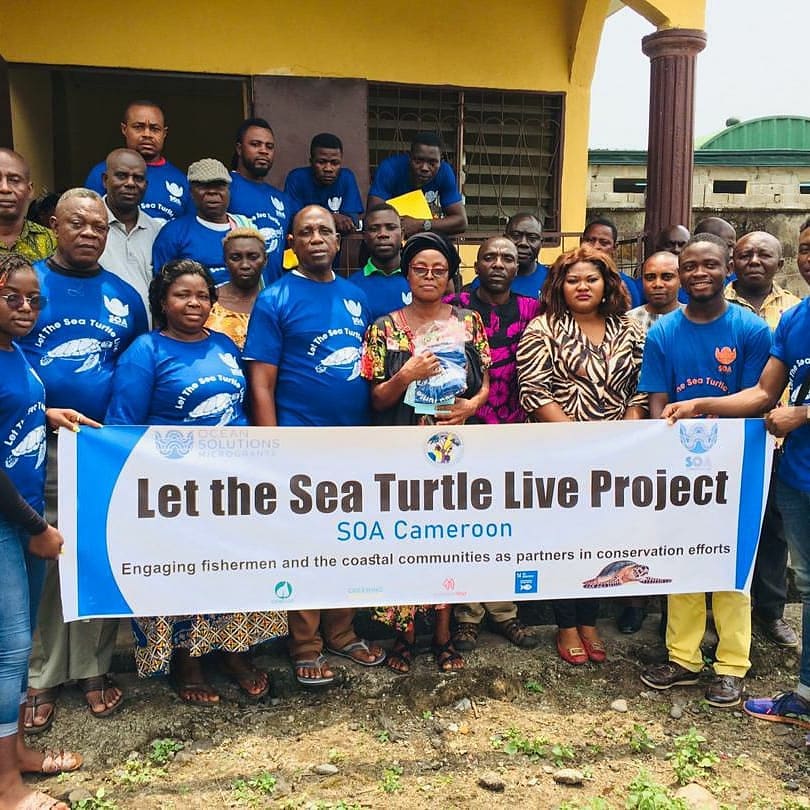 Perise and hub members are currently working with fishermen’s associations and community leaders as they are key to the success of the program. To date, over 300 fishermen in 4 communities have been directly impacted by his sensitization campaign, while over 3,000 more received information about sea turtle conservation from representatives and fishermen association leaders that attended community meetings. Fishermen are also sent texts to remind them of their duty to protect wildlife. 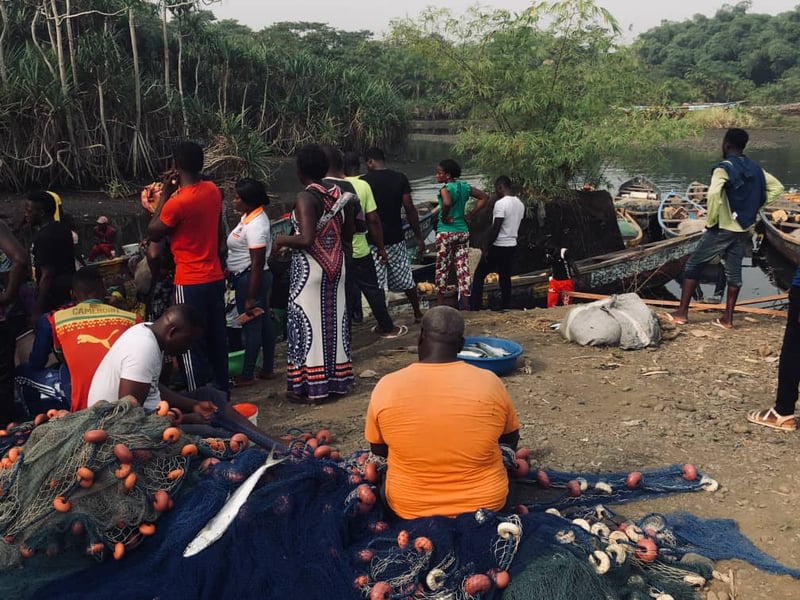 With  4 formal workshops and several informal community meetings organized by the project team, Perise has provided a platform for interaction and brainstorming between government officials and local fishermen. These gatherings were necessary to provide an insight into  the legal framework that protects sea turtles. Each of these workshops were attended by government representatives from the Ministry of Environment, Ministry of Forestry and Wildlife and Ministry of Livestock and Fisheries .

"It's my pleasure to see the work young people like Forbi Perise  and his team are doing to accompany the government in her conservation efforts." - Mme Ekwange Mercy, Divisional Delegate of Environment, Nature Protection and Sustainable Development

"Before this project we knew nothing about sea turtle conservation and how to take action in order to  protect them but now am very pleased with the knowledge gained." - Fishermen in Idenau, Cameroon, interviewed as part of sensitization campaign

Perise and hub members are working on this project with volunteers from the University of Buea, the Divisional delegation of environment and the International Center for Environmental Education and Community Development (ICENECDEV - a Nonprofit organization based in Cameroon.) Forbi's project is an excellent example of local action with a wider impact. If you have a similar project, apply for an SOA Ocean Leadership Microgrant.