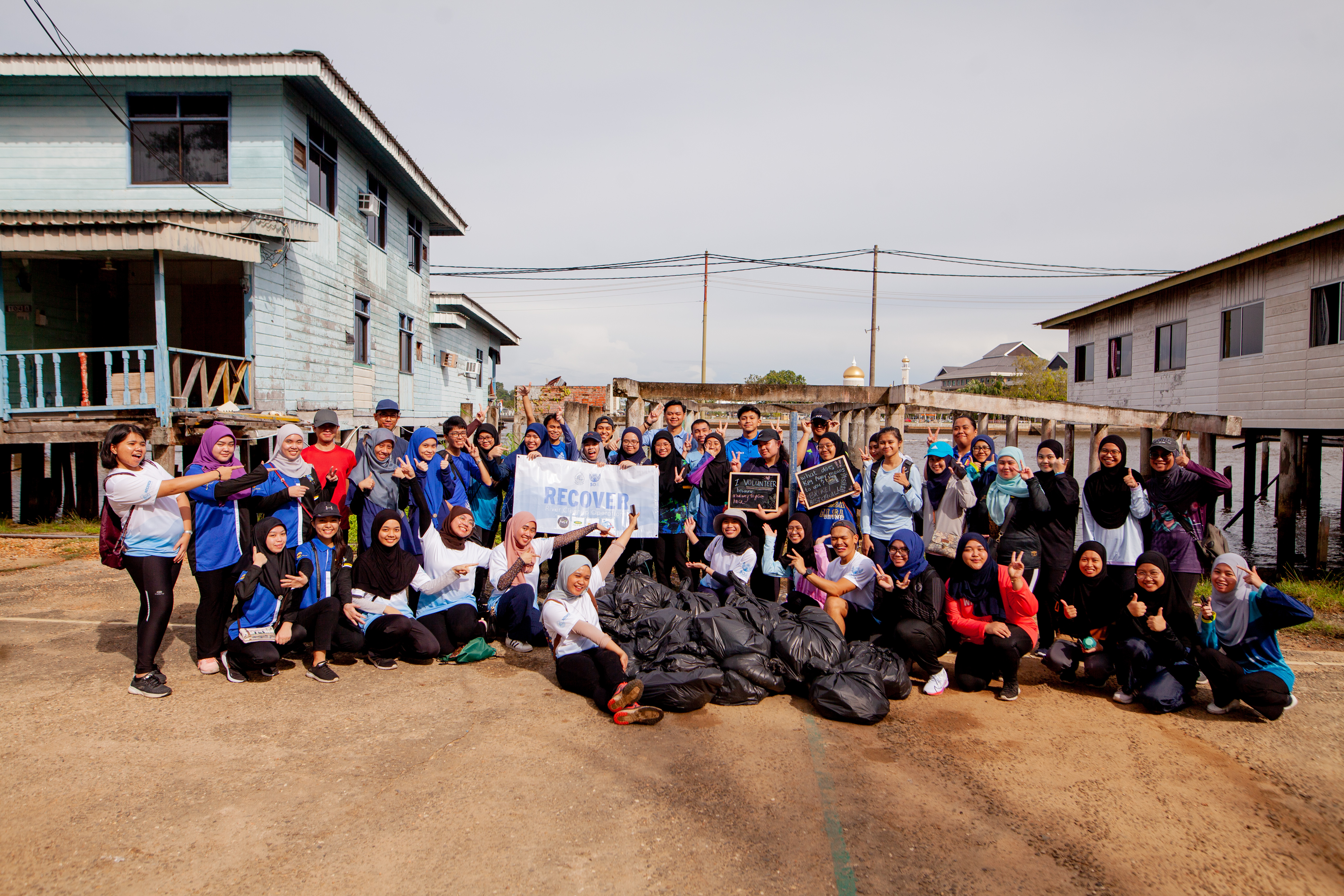 Kampong Ayer means “water village”. For hundreds of years, people have lived in this beautiful settlement, in stilt houses built on the Brunei River. They pull fish from the water, paddle across it, and swim in it. But as the population of the settlement grew, so did the pollution. Kampong Ayer today boasts a fully furnished gym, police station and hundreds of homes, all built above the gently churning waters of the river. As plastics and other modern chemicals suddenly became widespread, denizens of Kampong Ayer began to see rubbish floating beneath their homes. Rubbish came from upstream as well as from the settlement itself.

The River Clean-Up Operation (RECOVER) is a community effort to re-beautify the river. Administered by SOA Brunei, Save Kampong Ayer, and the Young Southeast Asian Leaders Initiative (YSEALI), the project is tackling the first and most visible problem with the river’s health: pollution.

It is staffed mainly by young people. “My grandparents weren't aware of the pollution in the community”, said RECOVER organizer Shaima Misle, “and my parents are aware of the issue but they are not driven to take action… almost all of the local NGOs are led by youth advocates.”

“Our river has gotten cleaner since we conducted our RECOVER mission back in 2018”, said Shaima, “I am very happy with this observation!”

Shaima said that the beautification has been a community effort, and that a few of the village heads organized independent clean-ups with their family and friends. The effort led by young people is spreading across all generations.

Living on a river brings many challenges. Waste management has always been a challenge for Kampong Ayer, and the modern boom in single-use plastics has complicated the issue. In older times, waste generated by the community and peoples living upstream has been mostly organic, and could at least decompose on the riverbed or out to sea. Modern plastics must be picked out by hand.

The community is working hard to keep its lifeblood clean, and lots of people have pitched in their efforts. RECOVER will help them along the way.

But, said Shaima, “I hope the future of RECOVER is that our community does not need us anymore!”