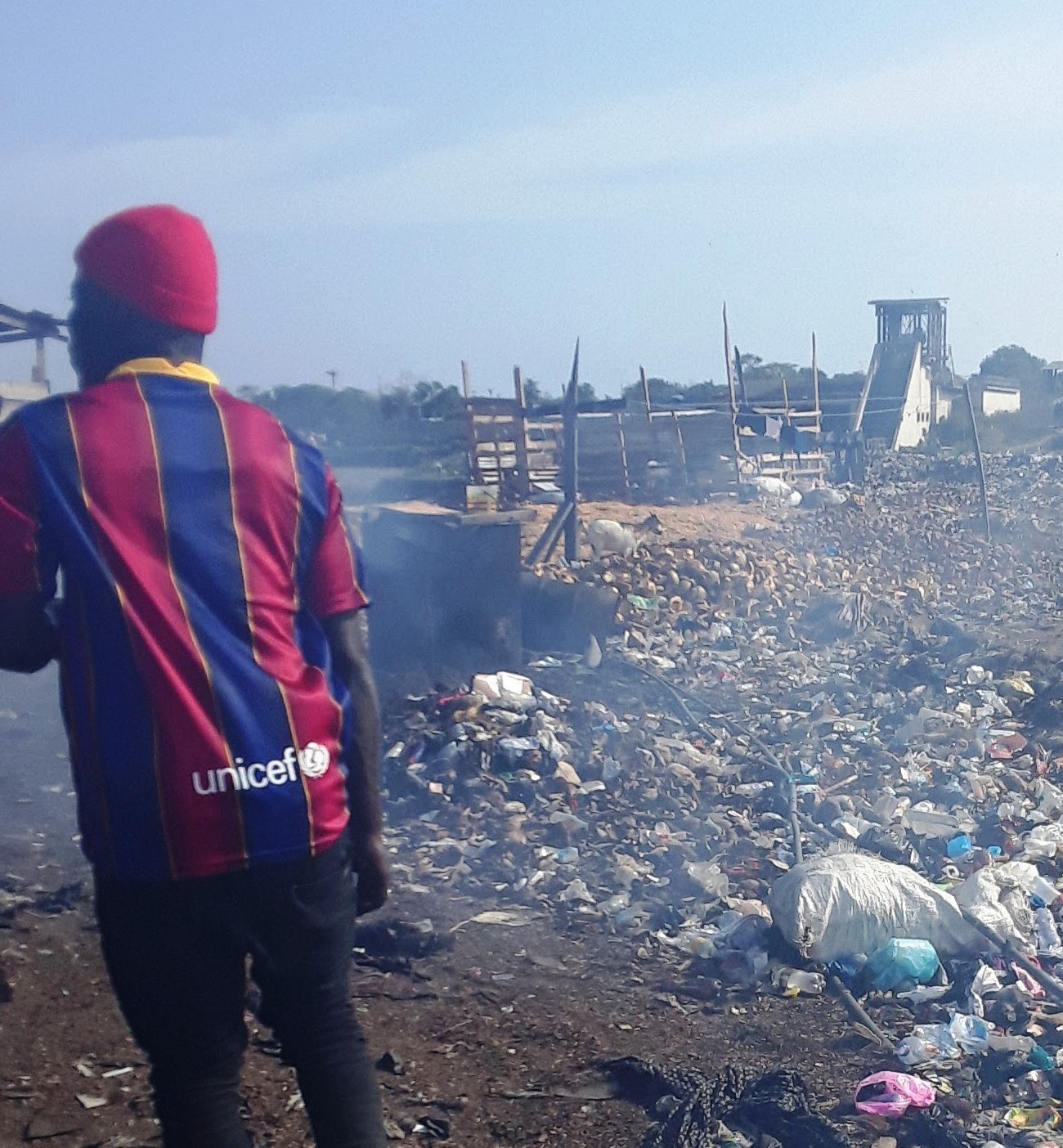 Ocean Leader Gideon Sarpong uses storytelling as a tool for change to reach over 10,000 people

Keeping the issue of climate change at the front of people’s minds makes it easier to inspire them to act. According to Gideon, one of the biggest misconceptions in Ghana is that inland pollution does not affect the oceans. “Of course, that is false”, he said. His digital campaign last year fought that misconception and reached over 10,000 people.

As scorekeepers, the media must work to “track various commitments by local and international players” like the Paris accords and the goals of net zero by 2050. Holding officials publicly accountable is the cornerstone of climate journalism, whether those officials were elected or unelected. Anyone of influence can, and should, be held accountable for their environmental impact.

Lastly, as watchdogs, Gideon said that the media must “guard the public interest” by warning of extreme climatic events and explaining complex policies. The public depends on the oceans for their livelihood, even if they don’t know the first thing about climate change. Keeping an eye out for those who have much to lose is a journalist's responsibility.

Gideon has found that being a good storyteller is helpful in each of these roles, and is one of the best ways to spur people into action. Last year, a report that he co-authored on Chinese transshipment activities in Ghanaian and Nigerian waters led to tangible change. The report highlighted how Chinese ships were able to operate through shell companies to fish off of Ghana’s coast, and after the report’s publication, Ghana’s then-manager of fisheries lost her re-election vote.

Artisanal fishermen in Ghana have long been reporting dwindling catch numbers, but ocean health isn’t just about the fisheries. Besides the 100,000 fishers in the area, Gideon said that the oceans mean “revenue for tourism and a place for recreation” for locals, which is threatened by the impeding presence of litter and pollution.

“Ocean pollution in Ghana is a major threat to the tourism and hospitality industry, which means loss of revenue for the State.”

If it cannot be staved, tourism will suffer alongside the hundreds of thousands of families who depend on the sea for their livelihoods.

Gideon’s online campaign highlights this. Through storytelling and data-driven journalism, he explains the problems facing Ghana’s oceans to the people who depend on them. “More needs to be done to protect the ocean ecosystem in West Africa”, said Gideon. And that work can’t be done by a population that isn’t aware of the problem.

Being a good storyteller makes those problems compelling and relatable to the people who can most directly combat them.

Whether it’s who to vote for or what to buy, a good story can make the difference between apathy and action.