Floods are devastating Pakistan. Here's what to know, and how to help. 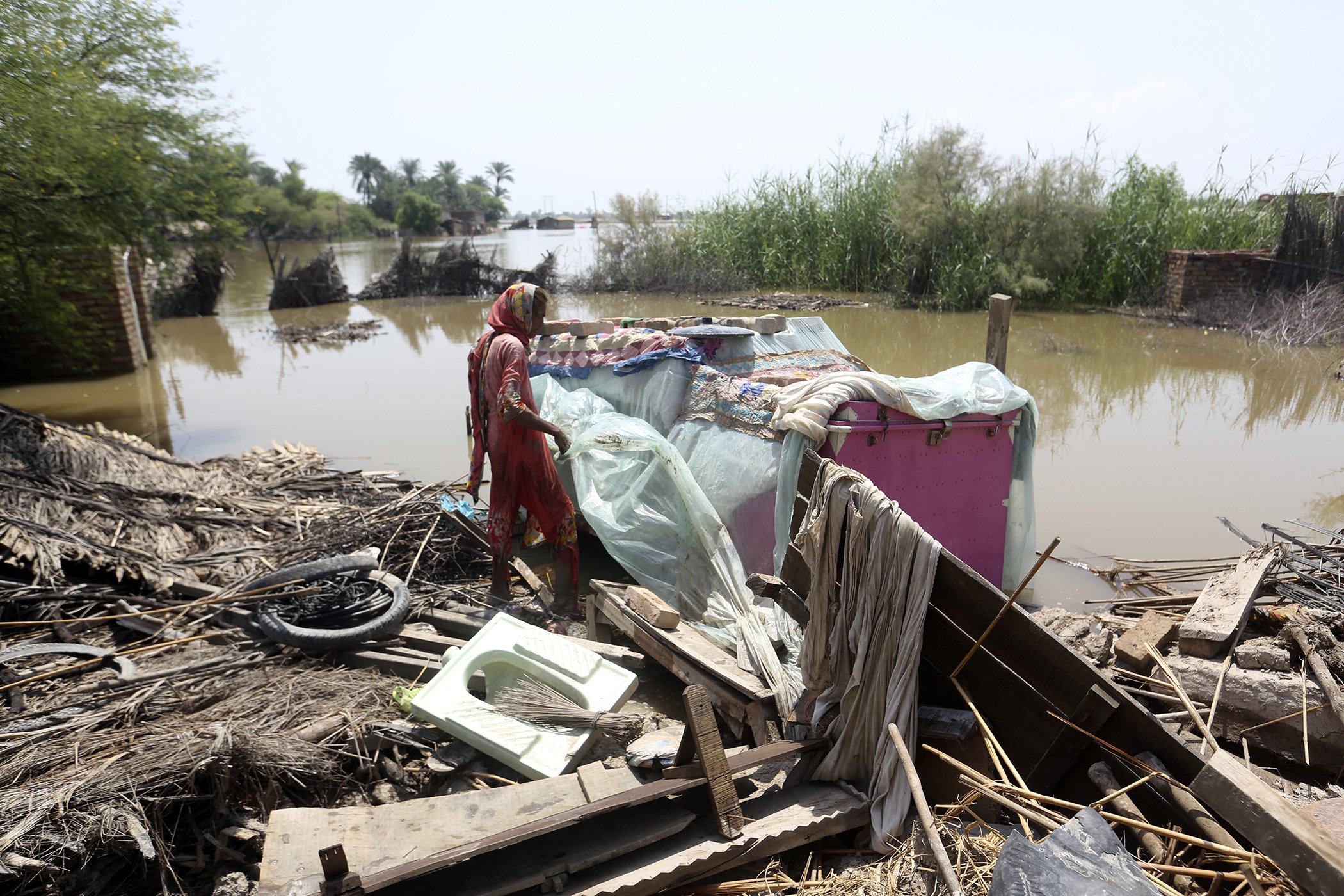 Pakistan is currently experiencing its worst flooding of this century.

This year, the country has received six times more than the 30-year average for monsoon rainfall; over 33 million people have been displaced, with floodwater covering over 100,000 square miles—an area the size of Great Britain—or, more than one third of the country. Since the start of Pakistan's monsoon season this year, over 1,300 people have died, nearly half of whom were children.

Sindh province, the heart of Pakistan's food supply, has been hit hardest: approximately 50% of Pakistan's crops have been decimated by the rainfall. This has impacts not only for the country's staple food crops, but also for the world's supply of cotton (Pakistan is the world's fifth-largest cotton producer, accounting for 6% of the global supply).

Flooding recovery costs are estimated at $10B thus far: when compounded with the ongoing economic impacts of the war in Ukraine, Pakistan is suffering crushing food prices and with little hope of relief. And the floods are expected to continue.

One of Sustainable Ocean Alliance's Young Ocean Leaders, Walid Malik, is currently (safe, and) located in Pakistan. Last week, he passed along his firsthand account of his experience on the ground to share with the SOA global community. You can watch below.

Natural disasters and extreme weather are, increasingly, familiar headlines. Think: record-smashing heat waves in the United Kingdom and on the U.S. West Coast, a severe heat wave and drought in China, and rainfall-induced mudslides in South Africa that claimed (at least) 45 lives in April—all events of this year.

Calling this the "new normal" would imply a plateau, when in fact, researchers agree that climate-fuelled disasters are most definitely getting worse. By 2035, record heat will at least become the new baseline (if not necessarily normal) according to a new analysis by the UK-based Met Office Hadley Center—even if countries all reduce their emissions by their pledged amounts.

In Pakistan, the record-setting rains can be attributed to a variety of climate-induced factors—from an historic heatwave, to record glacial melt that swelled Pakistani rivers and burst dams across the country, to a large scale "depression" (an intense low air pressure system) over the Arabian Sea that allowed for the accumulation of heavy rainfall in June of this year .

With each subsequent weather event that occurs, we have a responsibility to educate ourselves about the science that is shaping lives and livelihoods around the world. And crucially, we must consider taking direct action to make a difference in any way we can.

Taking action in the face of devastation

Consider making a contribution to an organization like the International Rescue Committee, or the Pakistani Red Crescent Society. Or, explore more options for direct contributions here.

“Our house is on fire.” Fridays for Future. The Sunrise Movement. The Global Climate Strikes of...

Our Ocean Solutions Accelerator was created to help solve the many threats facing our ocean – and...