The 2021 application deadline has passed.

The Ocean Leadership Microgrants program supports young ocean leaders (18-35 years old) and their grassroots efforts to address critical ocean health problems. We award grants across a range of ocean issues, as long as projects involve direct action rooted in science or research, and include an element of community engagement. This might be advocacy, public-facing knowledge sharing, or amplifying youth voices, for example.

Microgrants are a springboard for diverse projects to broaden their impact: it might be a social enterprise, or an activation to increase ocean literacy through education, art or research—or perhaps it's an initiative that restores marine ecosystems through kelp reforestation or coral transplantation.

Applications were accepted through May 31, 2021. If you missed the deadline due to unforeseen circumstances please contact us.

Ocean Leadership Microgrants include both financial and strategic support through funding up to $4,000 USD, access to dedicated mentors, and optional skill development opportunities like the "Ocean Leadership Deep Dive: Community Leadership" virtual event in October 2021.

Projects need to tackle a key ocean issue, generally within these categories:

Project Requirements at a Glance

Eligible Microgrant projects must adhere to these criteria:

December 1: All Interim Reports Due - Latest

We awarded funding to 93 projects in 40 countries, to leaders averaging 26 years of age.

made possible by our supporters 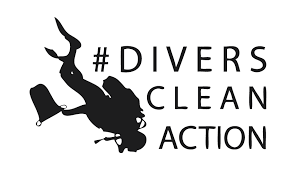