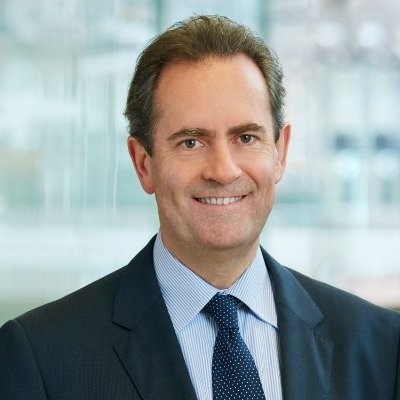 Sustainable Ocean Alliance is pleased to announce the addition of Pierre Ramadier, Senior Executive Vice President, Group Head of Wealth Management for Bank of the West (a subsidiary of BNP Paribas), as our newest board member. The board provides leadership for carrying out the organization’s mission to develop leaders, cultivate ideas, and accelerate solutions in the field of ocean health and sustainability.

“Oceans are one of our most precious resources; they provide food and oxygen and are the foundation for much of the world’s economy – supporting tourism, fisheries and international shipping. In order to sustain our ocean resources, we must come together and take action now. Oceans being so vital to our existence is just one of the many reasons I am proud to represent Bank of the West as Sustainable Ocean Alliance’s newest Board Director.”

Ramadier began his career in 1986 in France with the Paribas Group. In 2000, he was responsible for establishing the first Private Banking Region within the Paris Retail Network, thus launching the new wealth business model for BNP Paribas. In 2003, Ramadier was named Head of Champs-Elysées, one of the main Retail Branch Groups in Paris. Three years later, Ramadier became co-Head of BNL Private Banking in Italy, where he launched the new private banking business model and ensured its integration within the BNP Paribas business line.

In 2010, Ramadier was appointed Head of the New Domestic Markets within BNP Paribas Wealth Management, during which time he launched and supervised Wealth Management activities in Morocco, Turkey, Poland, Ukraine, Egypt and Tunisia. Shortly after, Ramadier was named Head of the International Retail Markets, extending his responsibilities to USA and Germany, and developing wealth management through local Group Subsidiaries and Joint Ventures.

With support from the Swarovoski and Packard Foundations, SOA awards financial support through ...